This very tradition was passed on to Pandit Natthulal and Pandit Chimanlal (who died young). Pandit Natthulal passed it on to Pandit Motiram, his nephew, in the secrecy of dark jungles after the sun had set. This unusual training lasted for seven years. Pandit Motiram in turn passed it on to his brother Pandit Jyotiramji, who later became a disciple of Ustad Rajjab Ali Khan; and to his sons, Pandit Maniram and Pandit Pratapnarayan.

Through rigorous training to Pandit Jasraj, Pandit Maniram ensured that this proud legacy would be carried forward through time. Today, the fact that it remains preserved through the ensuing trials is in itself a testimony to the sheer grit and determination that has gone into its preservation. And Pandit Jasraj, who has kept it alive to enthrall and exalt our spirits today, is its voice, making sure that the future generations will imbibe its qualities and take it to greater heights. The standards he has set put a heavy responsibility on his disciples. What will make it possible for them to

make the Mewati tradition thrive in the times to come, is his own exemplary genius, his loving way of imparting knowledge, and more importantly his blessings 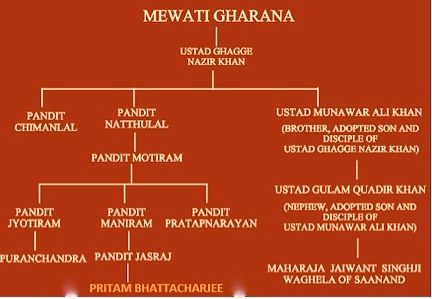 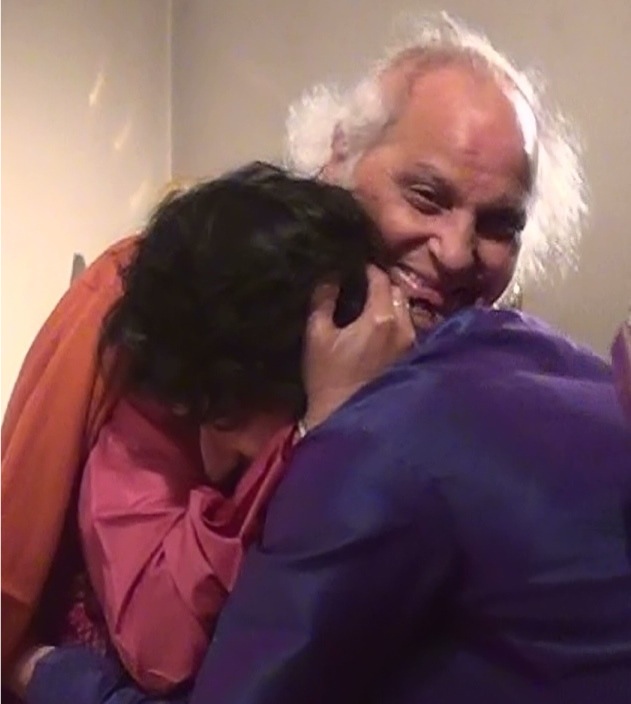